This is much later in the month than we normally like to wait to update you, but things have been crazy busy here at Ragtag HQ! We are working really hard on an internal April 1st deadline, so as usual we are going to keep it short and sweet.

Progress has been great this past month!

On the code side, Shawn has been going nuts on all kinds of stuff that most people wont understand. He has been revisiting and cleaning up a lot of old systems in preparation for contractors hopping on board to help us out. One major thing he tackled is the implementation of in-level check points, and save games. We are very happy to have those running. Here is a tweet that summed up his progress: 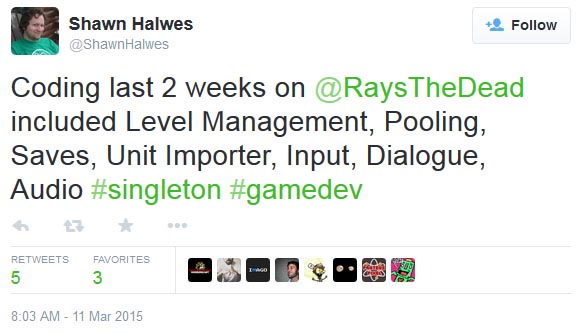 Shawn’s clean up work paved the way for our friend David Laskey from The Amiable to get our Steam Integration up and running. He knocked that out in a day! So now we are able to upload builds and playtest directly from Steam. We are stoked!

On the art side, Matt has been making some great updates to the characters, as well as the character pipeline. Matt has been writing his own scripts to get information exported out of Blender and into a format that our engine can recognize, making it far more efficient for him to generate more character variations. That, combined with some character pipeline updates that Shawn has been working on, have allowed for a nice variety of characters to start appearing in the game. When all is said and done there will be a nearly infinite variety of characters and their corresponding zombies appearing in game! Here is a little sample: 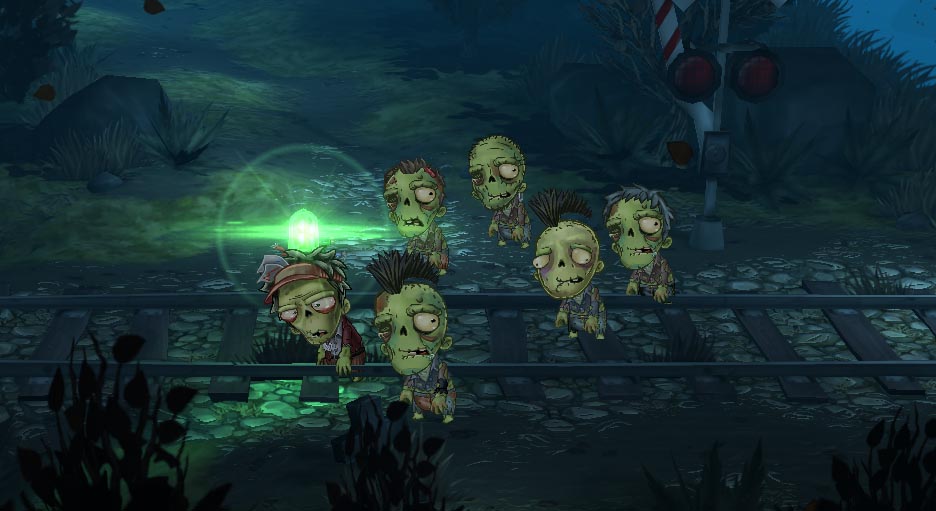 And between you and me, this is just the tip of the iceberg! Don’t tell Matt I told you this, but I know when he is finally freed up to do some of the things he wants to do, we are going to be rewarded with a crazy number of really fun character variations. What you see above is Matt simply testing the waters!

Matt has also been providing a lot of guidance to our art contractors, helping them get a nice variety of models streaming in. Speaking of, its only polite to introduce you! In addition to the previously mentioned Cef Grima, both Stefania Hernandez and Charli Fredia have hopped on board to help us out with a bunch of models. Its been enormously helpful to get this additional help!

Here are a couple of the concepts Matt has whipped up:

On the design side, levels have been coming together nicely! Chris has been frantically grabbing all these assets and new features coming on line and slamming them into levels like mad. We’ve been doing weekly internal playtests and the results even at this relatively early stage have been very promising. Its been super encouraging to see things coming together!

That’s it for now, back to work for us!