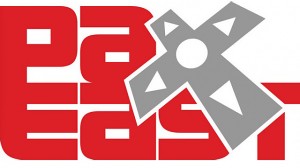 On March 22nd, we launched our Steam Campaign.  This was the very morning that PAX East started.  It was an exhausting, but very exciting day!  We had the honor of being part of the Indie Megabooth.  A collection of 50 amazing indie developers, all under one banner.  We had a modest 10’x10′ booth on a great corner location.

Ray’s the Dead is still very much alive!