Have you been stockpiling cheetos in preparation for the end of the world? All signs point to apocalypse. That is unless a hero takes a stand to save the free world. Could you be the Unstoppable one spoken of in legend? Here’s your chance to find out!

Unstoppable Fist, THE action game of 2012 has arrived! Play as Fist, a hero called from beyond the stars who has come to Earth to answer our desperate cry for help. Survive as long as you can against never ending waves of evil monsters.

Deliver powerful blows with your Loafers of Light and Unstoppable Fists to defeat your enemies. Tap at one of six onscreen touch zones to deliver your attacks to HI, MID, and LOW levels. Beware, each enemy type has a different attack that will test even the most skilled player! 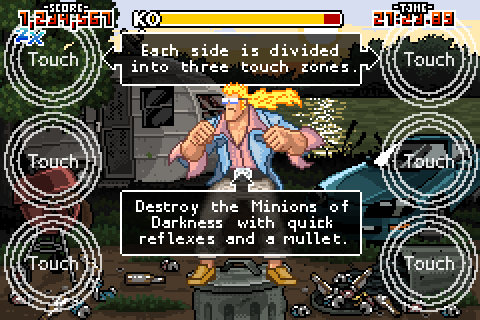 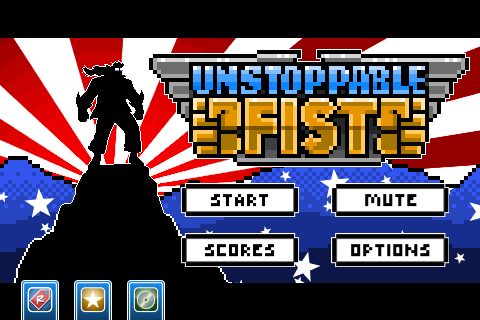 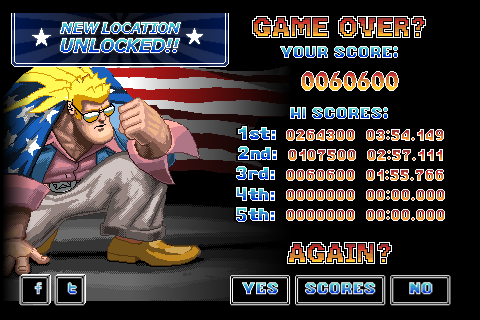 This game will bring you to finger tapping nirvana while you face down the speed demons from hell. Saving the world is not easy task, but with a Golden Mullet and unmatched martial arts skills, Fist is up to the challenge!

Buy Unstoppable Fist Now! The world will thank you!

Who Will Save the Earth From Impending Doom?

Play as the Unstoppable Fist and save the world from evil!