Ray’s the Dead is coming to Steam! + Meaty Status Update

Hey there friends of Ragtag! At long last, it is time for another devblog update. In this installment, we’ve brought with us a chunky status update on Ray’s the Dead, along with some really great news.  So lets jump right in with the good news first!

As you may have guessed from the title of this post, Ray’s the Dead has officially been Greenlit!  This means when we release the PC/Mac/Linux versions, we can pop them straight onto everyone’s favorite online gaming portal – STEAM.  We couldn’t have been happier to receive the good news the morning of August 28th, and we have YOU to thank for this!  The momentum really picked up in the last several weeks, and it makes us feel all warm and fuzzy inside to know that the excitement for Ray’s the Dead is increasing as we draw closer to release.

If you had told us back when we started Ray’s the Dead that we would be releasing on both the PlayStation 4, as well as Steam, we wouldn’t have believed it was possible. With this, we are very satisfied with the positioning we’ve accomplished before release. That doesn’t mean we are done exploring other release options, but we are very happy with the plans so far.  More on that in a bit!

Alright so many of you have been asking us, just what the heck is going on with Ray’s the Dead? I’m here to give you a bit of insight on what we’ve been up to, and what our plans are moving forward.

First off, as great as PAX East and E3 were for us, we realized what huge resource drain these conferences can be for a small, three man team.  With great sadness in our hearts, we decided after E3 that we wouldn’t attend any more conventions / festivals for the rest of the year so we could concentrate on development.  As I type this, all of our great friends and fans are having a great time at PAX Prime.  And as much as it hurts to not be there, I’m happy to report that we made the right decision as we’ve been making great progress on the game!

After E3 we took a chunk of time to step back and evaluate the state of the project.  We reflected on everything we’d learned in the previous few months of watching hundreds of people play through our early demo. There was a lot of very positive feedback, but also clearly some things we needed to reevaluate. One major realization was that we weren’t hitting on our initial goal of the controls being as simple as they could be. We have since been taking steps to revamp the controls to be simpler for anyone picking up and playing for the first time. 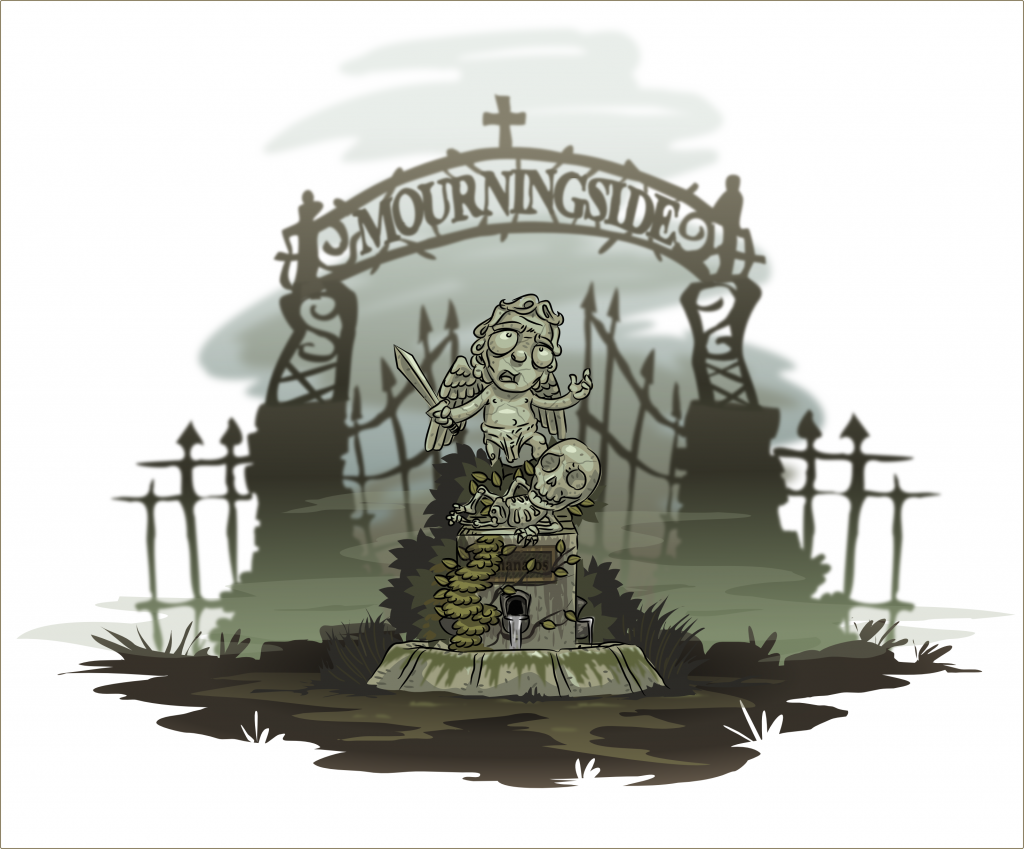 We also took some time to flush out Ray’s story, along with mapping out the entire course of the game. We really like the plans we have for telling Ray’s back story, and have made that an even more significant part of the game. We haven’t yet shown any of the flashback sequences, but you can expect that in the future that will become a more prominent focus of the game.  We are torn because we really love the flashback sequences we have planned, and want to show them, but we also don’t want to ruin any surprises before the game is released.  What to do?

At any rate, things are going well.  We now have an updated control scheme that we are testing, and a framework of the entire game is playable.  We are now in the process of refining our combat systems, along with adding some new features we haven’t revealed yet. We are currently working toward a goal of having the entire game playable with all features working, and a couple of fully polished, final missions that will have us ready for…..

That’s right! Our hope is to launch another Kickstarter in the coming months. As you can see, a lot of things have fallen into place that were still up in the air back when we last ran a Kickstarter. We will be able to offer the PlayStation 4 version as a reward tier.  We can say with certainty that anyone can redeem their copy of the game on Steam. We also have some new and exciting rewards that we hope to be able to offer, that are a direct result of some of the new relationships we’ve cultivated the last few months.

In addition, some good news has fallen into our lap that will allow us to start a campaign with a significantly lower asking goal, which should make it far easier to reach our goal. We hope everyone will be as pumped for the relaunch as we are!  Oh, and did I mention we intend to have some enticing stretch goals in the form of…

Many people have been asking about additional platforms for Ray’s the Dead. We don’t want to commit to too much too soon, but with some additional financing through Kickstarter, its possible that we can get some additional help to support more platforms.

At this point, we are licensed to release the game on every major platform with the exception of the Xbox One, and that is in progress. In the months leading up to our Kickstarter, we will be evaluating each platform, and gauging interest from our fans.

That’s where you come in!  In the comments, please mention your platform(s) of choice.

Or, email it at us, at info (at) ragtagstudio (dot) com

Wow, that went into a lot more detail than I expected. Hopefully this entry catches you up on what we’ve been up to the last few months. Thanks for your time, and feel free to ask additional questions in the comments. For now, back to work for us!

1 comment for “Ray’s the Dead is coming to Steam! + Meaty Status Update”